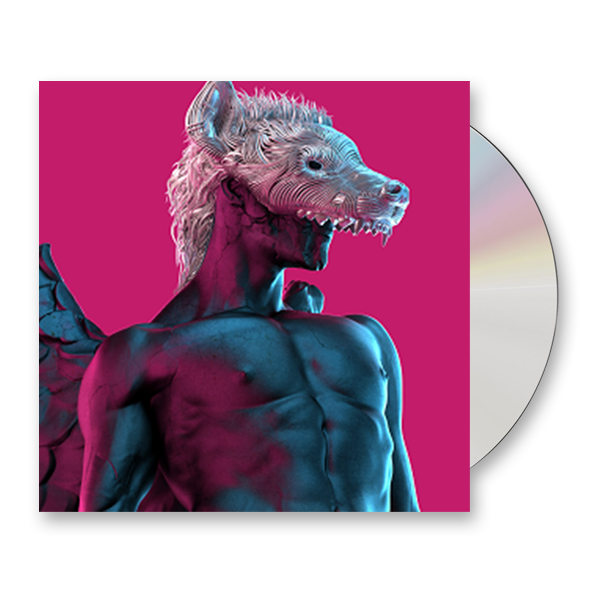 Ibn el Leil, which means “son of the night", is Mashrou’ Leila’s most ambitious album to date, exploring the complexities of taking refuge in the danger, comfort, lust, and promise of the night.

The loose collective of students who began jamming together in 2008 at the American University of Beirut has gradually focused into a an ambitious, fiercely articulate quintet: vocalist/lyricist Hamed Sinno, guitarist/multi-instrumentalist Firas Abou Fakher, violinist Haig Papazian, drummer Carl Gerges, and bassist Ibrahim Badr. And the music they make has focused, too, into a charged, atmospheric version of pop that is geographically impossible to place.

The lyrics draw on their collective experiences, which the band shares with the youth of the Middle East, and the album addresses the need for self-expression and a judgment free culture— a notion often stifled in a conservative society. Through their relevant and charged lyrics, their music has resonated with fans all over the globe, gaining international recognition for the band. CNN has described Mashrou’ Leila as “The voice of their generation” while the Financial Times have called them “The Arab world’s most influential independent band”.

The album takes place in a hypothetical night, zooming in on specific experiences, from the ritual of preparation (a prayer to the muse of song), to 2015’s horrifying shootings in Lebanon, to the aching loneliness that can be felt even on the crowded dance floor. Ibn El Leil, as with all of Mashrou’ Leila’s albums, was self-produced and was recorded over the course of three weeks in a studio in suburban Paris. Ibn El Leil brilliantly reimagines the vibrant sound of contemporary Beirut with guitars, drum machines, samples, razor-sharp violin and magnetic frontman Hamed Sinno’s mercurial voice. The sonic world of the album considers each instrument that is performed by the five-member band — far removed from the digital sounds of radio-pop — and experiments with silky synths, orchestral beats, and live drums and brass.

Self-released and never before available on CD outside of their live shows and a handful of stores in the Middle East, Mashrou’ have prepared a new deluxe version of Ibn el Leil for worldwide release. The original album has been joined by a wealth of new material, including unique alternate versions, live sessions and an unreleased track ‘Roman’.