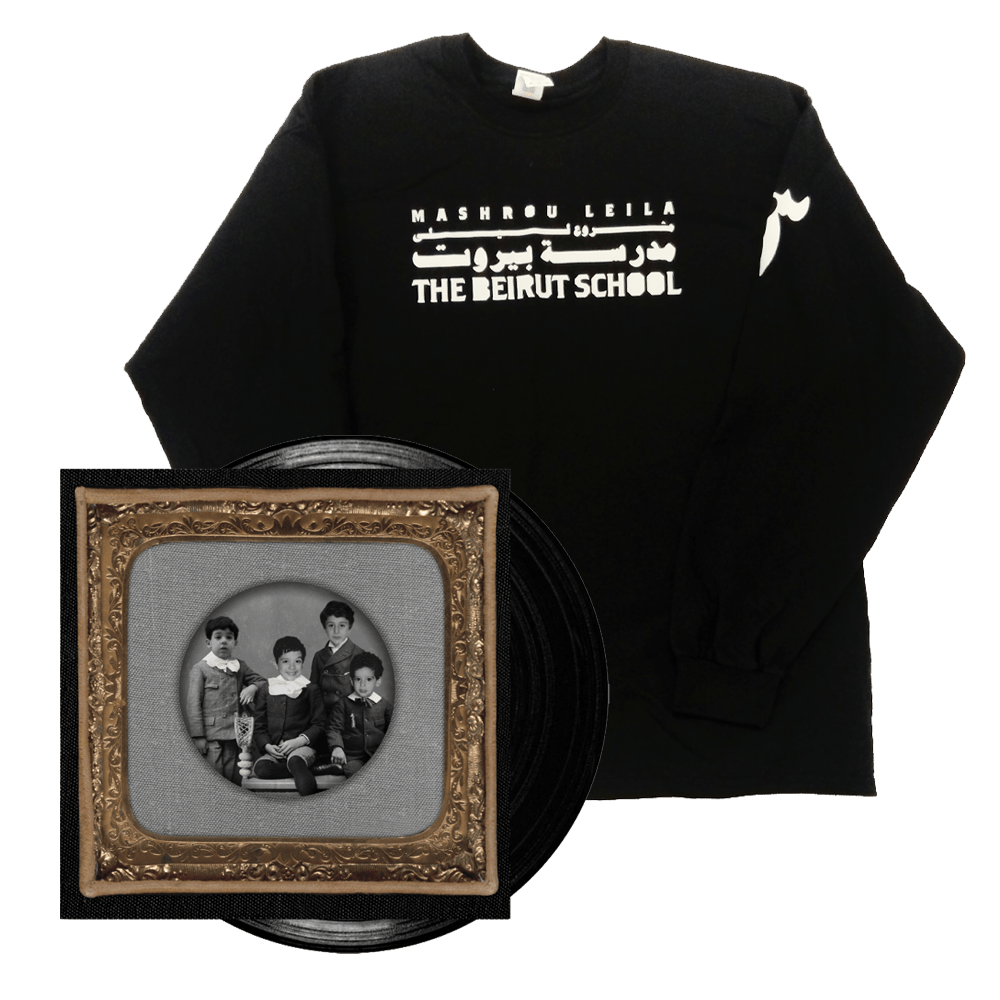 Mashrou’ Leila described as ‘The voice of their generation’ and ‘The Arab world’s most influential independent band’ by CNN and The Financial Times respectively mark their 10th anniversary with the release of ‘The Beirut School’- a compilation of their classic tracks and new material.

The album brings together the key songs from their first four albums, and also features three new songs ‘Cavalry’ , ‘Salam’ and ‘Radio Romance’ that were produced by Joe Goddard of Hot Chip from sessions in the band’s studio in Beirut and at the legendary La Frette Studios in Paris.

Jessy Moussallem, the acclaimed Lebanese director, will direct the new video for lead single ‘Cavalry’. Her first collaboration with Mashrou’ Leila since the video ‘Roman’ (2017) which won numerous awards and international attention, including a Gold Award at the Cannes Lions.

Mashrou' Leila are a four piece indie band based in Beirut. Their rousing, sensual electro- pop anthems about political freedoms, LGBT rights, race, religion and modern Arabic identity have challenged the status quo of the Middle-Eastern pop industry. The loose collective of students who began jamming together in 2008 at the American University of Beirut has gradually focused into an ambitious, fiercely articulate quartet: vocalist/lyricist Hamed Sinno, guitarist/multi-instrumentalist Firas Abou Fakher, violinist Haig Papazian, and drummer Carl Gerges. And the music they make has focused, too, into a charged, atmospheric version of pop that is geographically impossible to place. The lyrics draw on their collective experiences, which the band shares with many in the Middle East, and addresses the need for self-expression and a judgment free culture - a notion often stifled in a conservative society.

Through their relevant and charged lyrics, Mashrou’ Leila music has resonated with fans all over the globe, gaining international recognition for the band. They’ve undertaken four US tours to date and played headline shows at London’s Barbican and Somerset House receiving plaudits from the likes of the NY Times -“sexy, soulful definitely joyful music’, The New Yorker, and 4 star reviews from The Guardian. Their popularity across the Arab world has seen audiences grow from 400 capacity venues to audiences in excess of 35k in their ten years to date.